The Story of Henry

This story begins on Monday, Labor Day
I'm not a big Facebook person, I do skim through it every morning mostly looking at fabric sales :)
Monday morning I see this 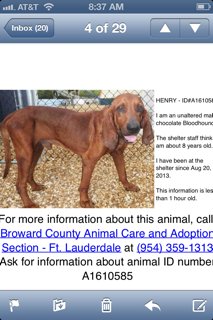 What you don't see in this picture is that he's heartworm positive and due to be put down on Tuesday. This was posted by a local rescue group, Marrvelous Pet Rescue.
Something about his eyes really got to me, he reminds me of my Brady Bug when I first saw him, sad and sick, needing someone to care.

Normally when these pleas show up someone jumps in and says they'll adopt him or at least foster him. I checked back constantly and no one was jumping in. I started talking to all of the dog lovers I know and called my daughter, Cori in Ft. Lauderdale, telling her she had to repost this on her facebook.

On Tuesday, Henry is still on the shelters webpage and now I'm obsessively checking both pages, still talking to anyone I can think of and still no takers. David and I had a long talk, taking another dog in would be really hard, our Maya is terrified of just about everything especially other animals, she considers Brady as hers that's the only reason she accepts him. We lived for a while with two dogs that fought and it's an impossible situation. The night ended with me in tears saying "someone needs to save this dog".

Wednesday morning nothing has changed, but he's still there. I get a phone call from Cori that goes like this:
"Don't you ever *%*# call me about a **%$#* rescue dog again."
She's in the same situation with two rescues, she's going to school and working two jobs and one of her dogs is just like Maya. She hadn't slept and first thing she called the place that had Henry. To top off all of the other problems, Henry has conjunctivitis, which is very contagious to other dogs, bringing him into either of our homes is off the table.
I called Marrvelous rescue and update them on the situation, the woman I'm talking to, Kat, is crying but says she'll call me back. The result of that call back is, if we can get Henry here to the Keys, Marrvelous will board him with the best Vet in town, he'll get the medical help he needs while we all continue the search for a home.

Cori, who is working on her dissertation, or trying to, drops everything and a few hours later Henry arrives in Key Largo. 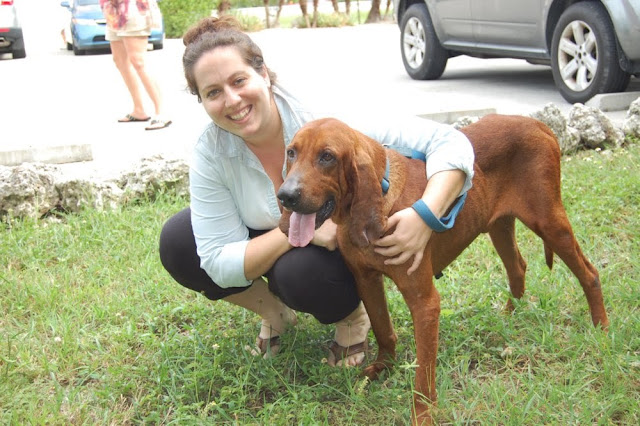 He's malnourished, covered in ticks, his ear is ripped, his eyes are gunky and of course he has heartworm. He's absolutely beautiful and he's been saved. 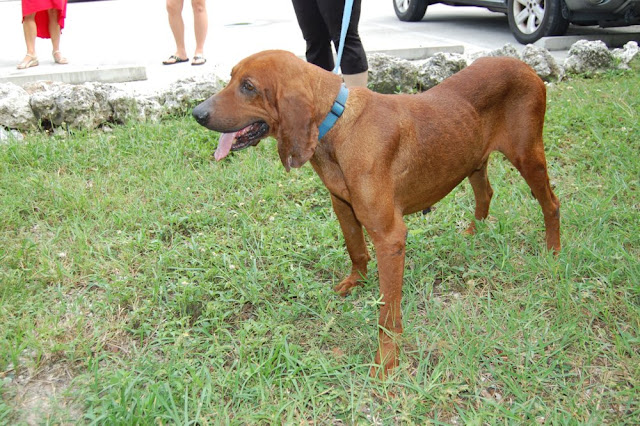 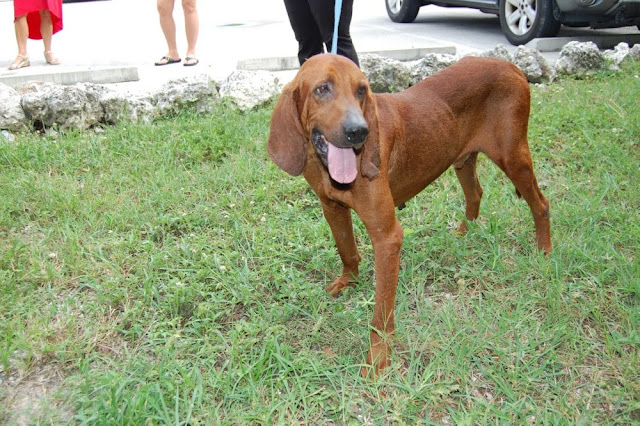 To me a Hero is someone who steps out of their comfort zone to do the right thing because it needs to be done, right a wrong and make the world just a little bit better. Cori is my Hero and I think Henry thinks so too. The people at Marrvelous really stepped up and this beautiful dog gets a second chance.
He has a long road ahead, I'll be going to see him often, taking him for walks and socializing him. He's a wonderful calm and sweet guy, I don't think we'll have problems finding him a home, so far everyone who has met him, loves him. Just think what he'll be like when he's healthy. :)

Thanks for reading Henry's story. 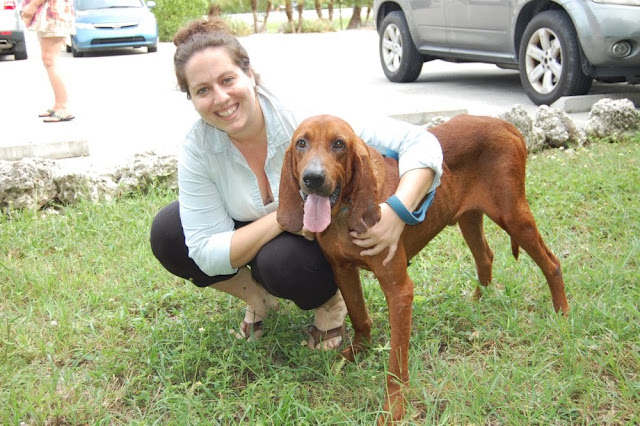 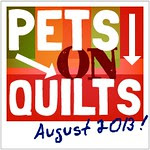 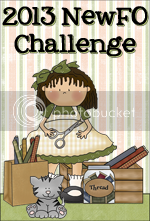 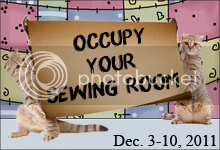