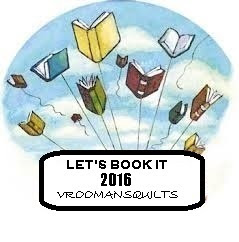 I had to think before I typed in March since that doesn't seem possible, but yep, it's true we are at the end of March and it's time for the end of the month Let's Book It link up.

I feel like I may have cheated this month, but really this link up doesn't have any rules, if it's on your bucket list than you're good to go. I've been getting rid of tons of magazines, but this month I wandered off and did a tutorial from Happy Quilting blog, it's also a free pattern on Craftsy. 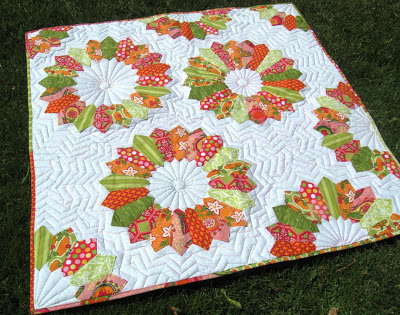 This is Melissa Corry's Double Dredsen. If you're on pinterest I'm sure you've seen it tons of times, it's one of those pins that resurfaces and makes the rounds over and over.

I love Dresden's, but I'm not crazy about the big centers that happen if you use shorter blades, that giant circle in the center leaves me cold, so when I saw what Melissa did with these centers I had to make them. 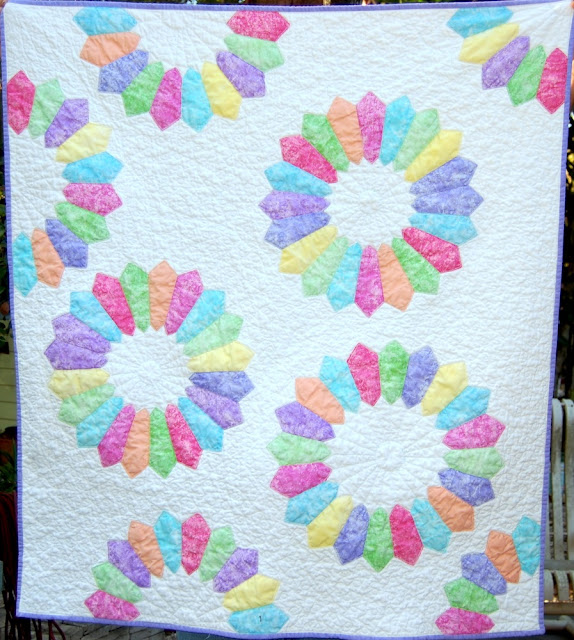 I used a fat quarter pack of candy colored fabrics and floated the Dresdens. 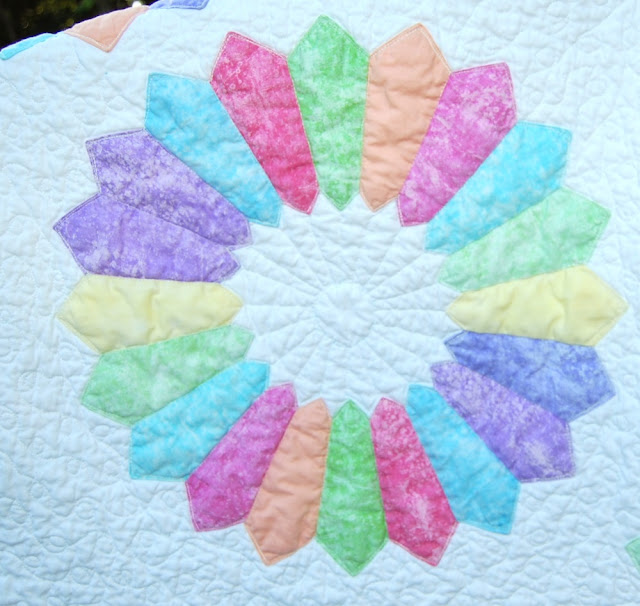 The center was so easy to do and really changed the look without the big glob of color you usually see in Dresdens, even using a white center wouldn't have made them as pretty as these turned out. I'm thinking now that putting a color under the Dresden and finishing it this way could be pretty too and I may try that in the future.

Please visit the other people joining Let's Book It and think about joining in yourself, it's your bucket list, as easy as that.

First Sarah started talking about her scrap problem and she shared pictures of her scraps in tubs. O.K. maybe I need tubs to hide them. I don't, I have an old zippered bag that a store bought quilt comes in that I haven't been able to zipper in years and the overflow goes into reusable store bags.

Then I found some of my scraps in the yard which means they're falling on the floor and getting mixed with dog toys. 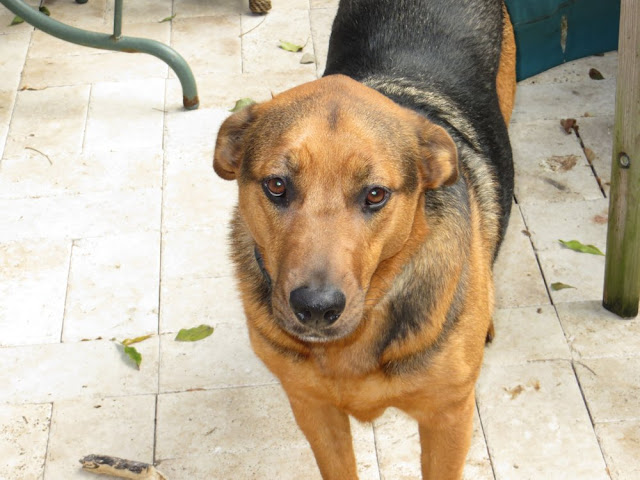 Thanks Mom, we love new toys! Am I in trouble?

Time to start using up some of those scraps, before I could even get started Debbie posted her wonky star and a link to the tutorial from Missouri Quilt Co., perfect timing and I was off. 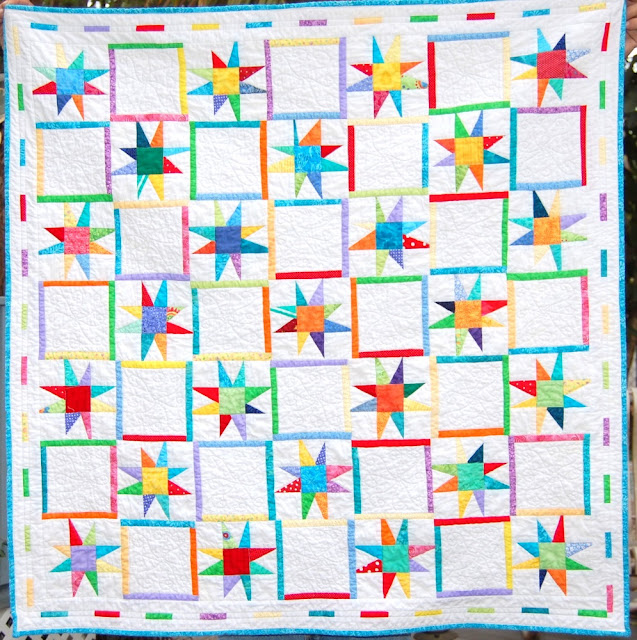 First I planned on using the plain white blocks like the tutorial, but adding color is always my way, plus use more scraps, so I framed all of the white squares. 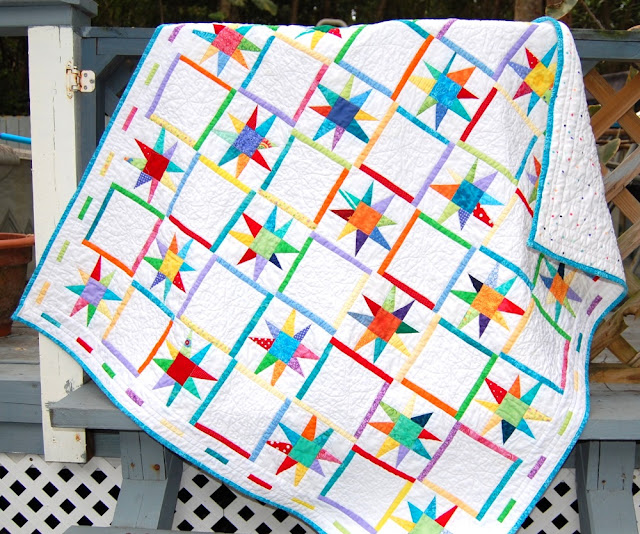 When I laid it out for sandwiching I decided maybe just a touch more color was needed, so I added the border, more color and more scraps used. :)

Quilting was just outlining the stars and these swirly thingys (that's the official name, I swear) in each of the white spaces, they were fun to make 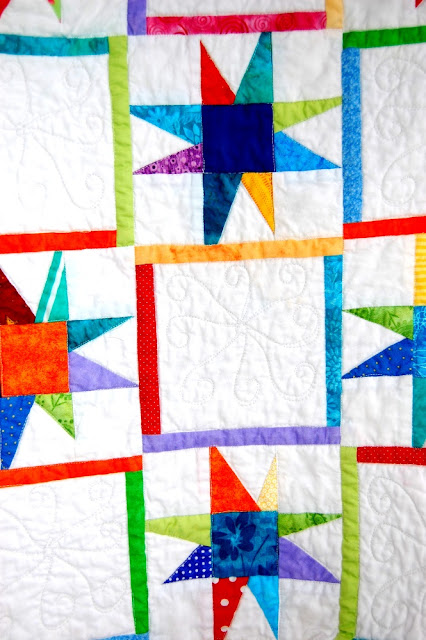 I feel like it was a group effort, Sarah made me aware and Debbie sent me in the right direction, so thanks you two, I wouldn't have done it without you.
This quilt didn't even make a dent in the scrap piles so I'll be searching for more fun and interesting ideas. I know there's always log cabins and strings. Oddly, the two books I have for scrap quilts have quilts made from an entire line of fabrics, huh, I wish I had scraps like that :)