It's said that here in the Keys we have two seasons, tourist and hurricane, one just ended and things are slowing down around here so I'm hoping to get back to blogging.

I made this just before Easter, when chocolate bunnies were dancing in my head. 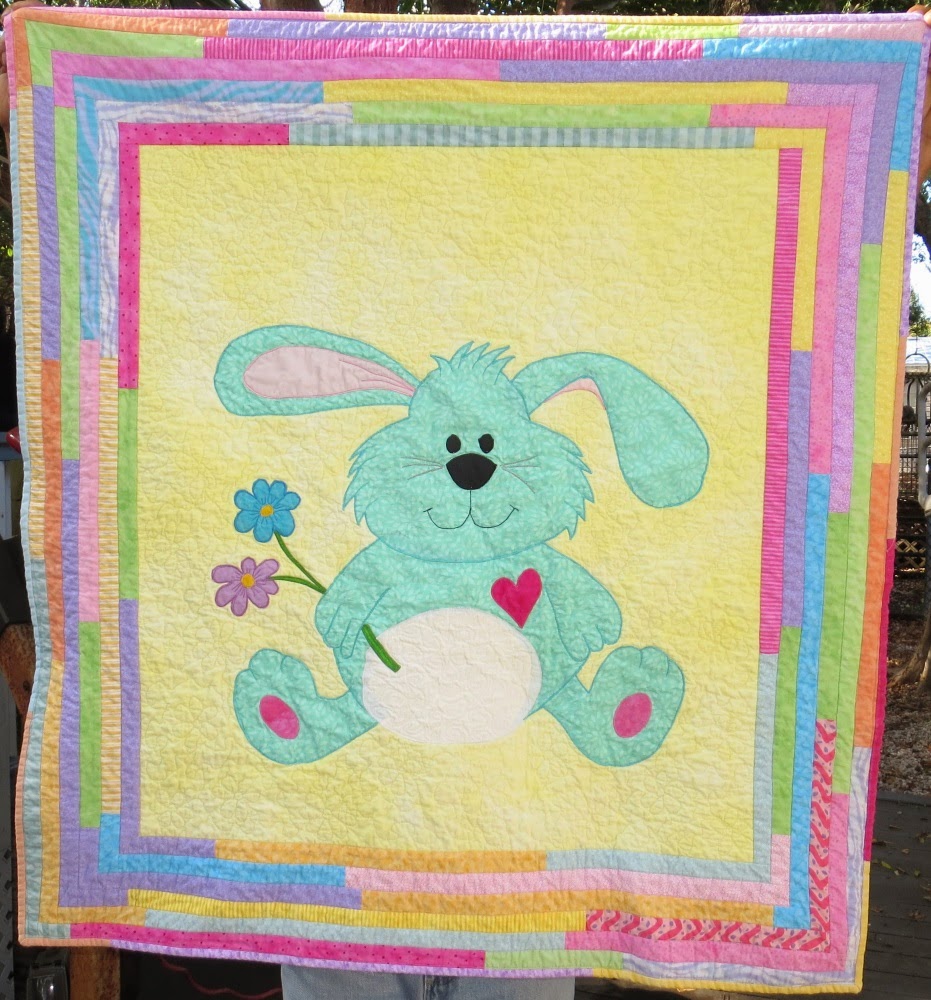 I drew him up one afternoon and had him appliqued the next. For the border I used the left over fabric, added a few colors, then sewed it on log cabin style. The yellow background was hand dyed, I just didn't have that perfect bright yellow in my stash.

Years ago we had two pet rabbits in our family. I was approached by a friend who told me the story of "Peter", he was being horribly neglected and the man who owned him had been reported, but nothing was happening and the abuse continued, which led to a truck pulling up to my house at 1 A.M. just before Easter, three woman I didn't know all dressed in black unloaded a hutch and handed me a skin and bones, cloudy eyed rabbit and left.

The second one came when David heard about a family who's electric was on the fritz with no money to pay for an electrician. David went by to help out and met a rabbit they had found and couldn't afford to keep. David said his family would love to have the rabbit and took it as payment, I love that man. So, Jazz came here to live. 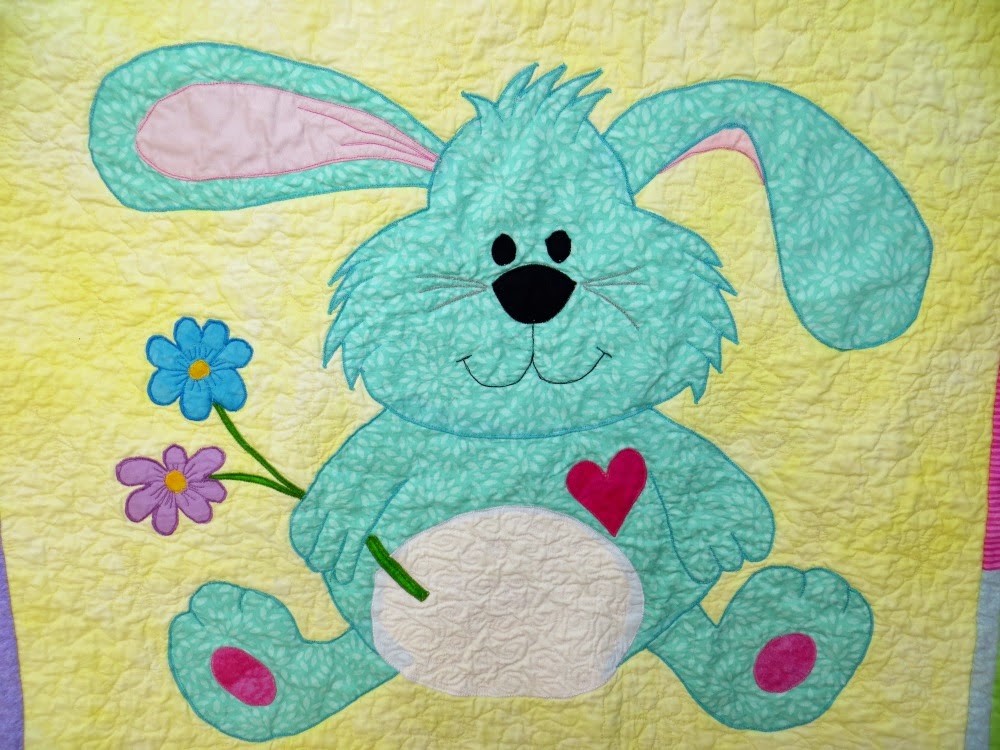 I call this guy Jazzy Peter :)

I'm linking up with the Creative Goodness party over at QuiltShopGal's blog (formerly know as SewCalGal). I've been wanting to join in since she started it months ago.

Later Gators,
Dana
Posted by Dana Gaffney at 10:56 AM