Update on the "advice please"

I wanted to give you an update on the bleeding quilt 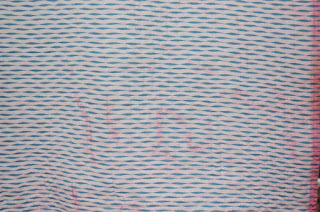 Lisa Marie suggested I try Synthrapol, as did many of you, so the next morning I ran north with three possible places to buy it. First place when I couldn't find it I asked for help but the woman spoke no English and my three years of Spanish allows me to ask your name and invite you to my casa. It was almost funny. Next two places no joy either, so I came home empty handed, except for two Hibiscus bushes, I'm not running north and not buying something.

Meanwhile Lara sent me this link:

which I highly recommend you check out. Bottom line, Dawn Pure may work just as well as Synthrapol, may be easier to find and is less expensive, of course my grocery doesn't have it and I didn't want to run north again. So I did the new backing. 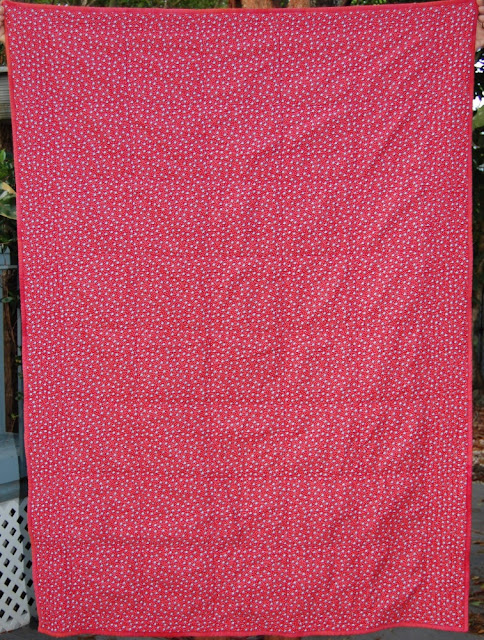 I ironed front and back of the quilt to get it really flat, added the new backing right over the old one then did stitch in the ditch around the squares. I had done straight line quilting in the borders, so after re-ironing I did the straight line right over the original ones, I thought that would look better on the back. It looks a little wrinkly in the picture, but it's not. 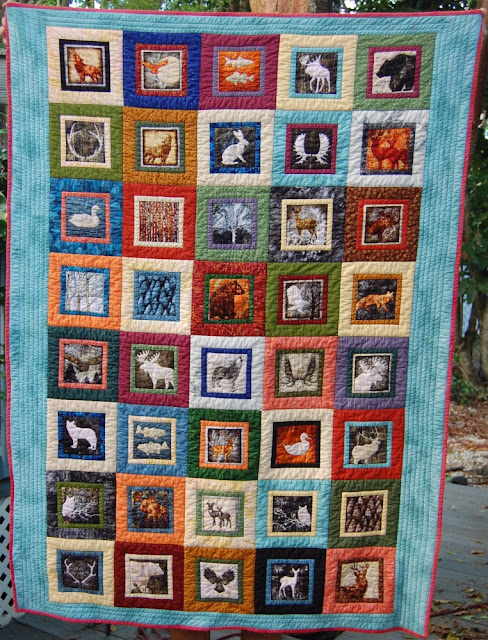 The front still has all of the original free motion that I did, which I do regret doesn't show on the back, but there's no way I could have followed those stitches.
When the bleed happened there are a few places on the front that have a pink tinge, it blends in so I wasn't worried about it, but I did wash it in Dawn, nothing changed still pink.
Debbie at the Quilt Journal told me the secret to having this work is really hot water and a good soak in a tub.

Lots of good advice and hopefully lesson learned. Color catchers are pretty much useless in this situation, I'll still use them in prewashing just to let me know if there is a problem.

I think I would have tried the other options if time had been on my side. I've been playing a responsible adult, booking hotel rooms, coordinating
schedules, and then there's these two: 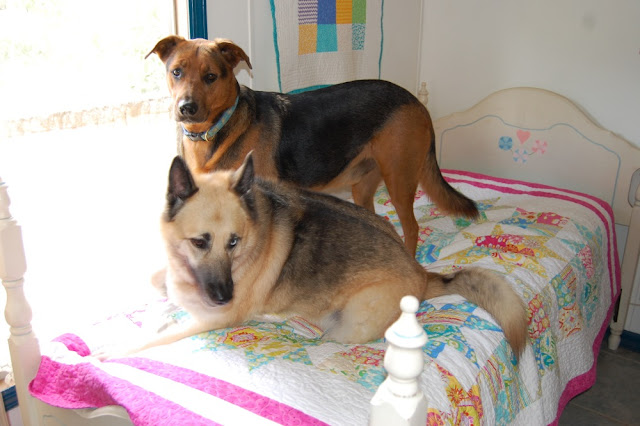 They needed to do their annual visit to the Vet, two separate visits since one is a problem child. 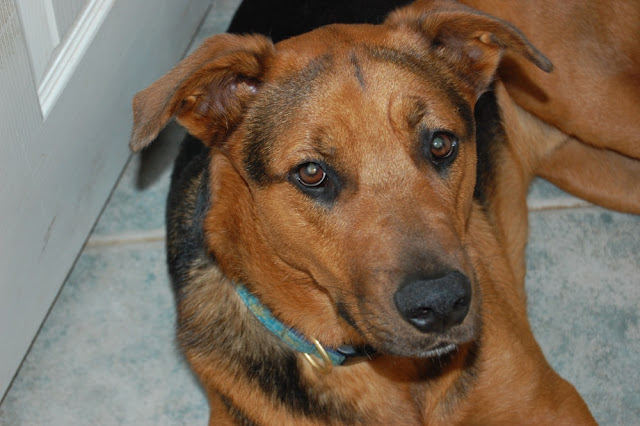 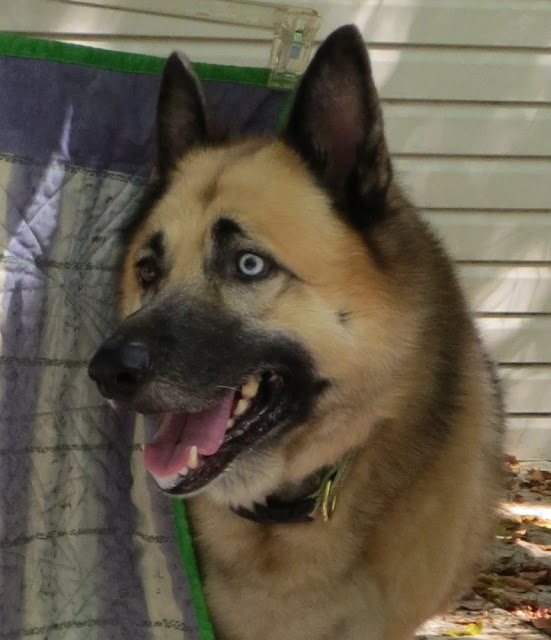 Maya, who was at the Vet every month from Dec. through April because of allergies had a broken tooth which needed to be extracted immediately. Surgery was scheduled two days later. She's fine now, on medication and soft foods, which both of them are enjoying.

I needed to find a pet sitter, we've never left them with strangers. So after lots of research and an interview I found someone. She asked if she could put their picture on Facebook, no mention of who they belong to, and I agreed. Now I wonder if I'll lose respect for my dogs after I see what the two of them post. :)


Thanks for all of the advice, you rock!